Get fresh music recommendations delivered to your inbox every Friday.
We've updated our Terms of Use. You can review the changes here.

from A Fair Souvenir by Jenny Dragon 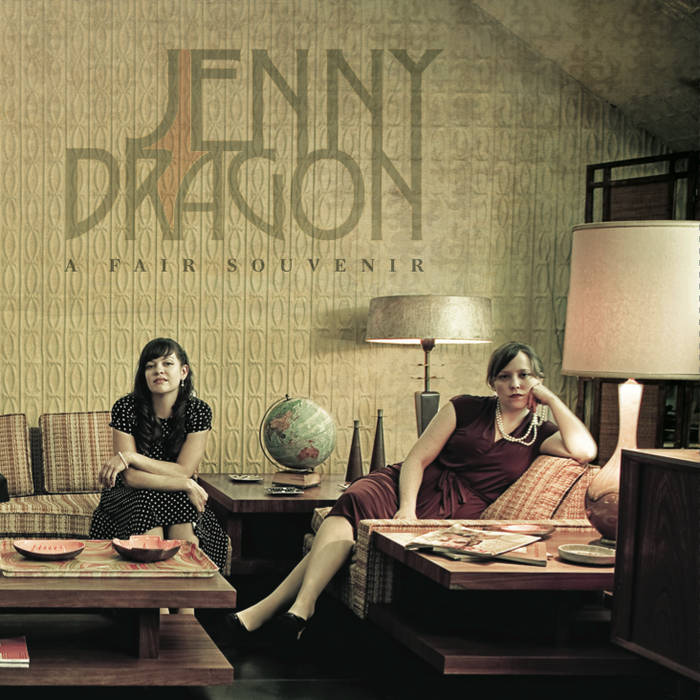 from A Fair Souvenir, released January 31, 2013
Jenny Dragon announces the release of their rootsy, debut album
“A Fair Souvenir” to be held on January 31st at Martyrs’ in Chicago!
﻿
﻿Recorded at HiStyle Studio in Chicago, the album’s sonic mash-up of jazz, country, folk, doo-wop, and rock was captured through the studio’s vintage, analogue equipment before being mixed and mastered for modern ears. With minimal overdubs, Jenny Dragon recorded “A Fair Souvenir” in less than two days in April of 2012, and a slow buzz has been building ever since. Come get your CD and hear the songs live on January 31st!
​
﻿Listen to a song leak off our debut album, “A Fair Souvenir!”​

Recorded April 3rd and 4th 2012 through all ribbon, tube, and dynamic microphones passed through tube mixers and preamps onto 1/4 inch tape at the Hi-Style Recording Studio in Chicago Illinois. (histylerecords.com)

New to the Chicago roots/americana scene, Jenny Dragon is a six (sometimes eight) piece band that celebrates a throwback take on modern music . Officially, Jenny Dragon defines their sound as “Heavy Whimsy,” a sound that has been developing over the past two years and expresses the group’s desire to create music that is both appealing and consequential. ... more

Bandcamp Daily  your guide to the world of Bandcamp

The Hammer and The Relentless from the Boston band Malleus stop by for a chat.